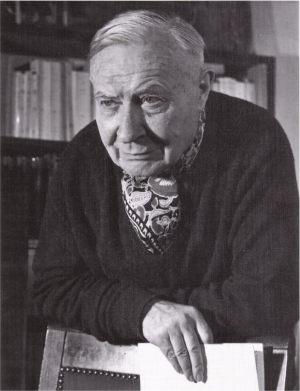 André Masson was a French artist whose work has been cited as the bridge between Surrealism and Abstract Expressionism. He was a noted proponent of automatic art, in which the hand is allowed to move freely across the canvas without a conscious plan in order to uncover thoughts and images from the subconscious mind. One such example, Automatic Drawing (1924), now hangs prominently in the permanent collection of The Museum of Modern Art in New York. Born on January 4, 1896 in Balagny-sur-Thérain, France, he studied at the Académie Royale des Beaux-Arts in Belgium, and was later wounded during World War I. During the Second World War, Masson fled to the United States and worked from a farmhouse in Connecticut. His work gradually attracted the attention of the art world in New York, and Jackson Pollock is rumored to have been inspired by Masson’s Pasiphae (1944) when it was shown at Buchholz Gallery in Manhattan in 1944. In 1976, Masson’s work was the subject of a retrospective at The Museum of Modern Art in New York. He died on October 28, 1987 in Paris, France.