BLADE (b. 1957) grew up in the Bronx, NY as Steven Ogburn. By 1980, he would become one of the most influential figures in graffiti. Blade began writing his name on the inside of buses and on the exterior of post office trucks in 1971 with small markers. In 1972, he hit his first train at the Baychester lay-up. His style began with stick letters like the rest of his peers until 1974 when he began painting in his signature "bubble letters." Between 1972 and 1984 he painted more than 5,000 trains throughout New York City, earning him the title of King of Graff among his friends and peers. In 1981 he took part in the show BLADE New York / New Wave to the PS1 Gallery in New York, which at the time was not the contemporary museum today, but a space self-managed. The event went down in history for the participation of key artists of contemporary art, names like JM Basquiat, Keith Haring, and many others. Subsequently BLADE also exhibited at the Fun Gallery in Manhattan.

BLADE hit his last train with fellow graffiti artist SEEN in 1984. He was introduced to the art world by famed photographs Henry Chalfant and Martha Cooper. In 1984, BLADE is among the protagonists of Subway Art, famous catalog by photojournalists Martha Cooper and Henry Chalfant, who undertook a genuine exploration of the graffiti writers and the cultural movement they pioneered, a now world famous cult text about the origins of Writing. BLADE’s work has been shown in many individual and group shows in notable venues including the Museum of Contemporary Art, Los Angeles, the Whitney Museum of American Art, the Musée National des Monuments Français, the Stedelijk Museum, the Museum of Contemporary Art, and the Brooklyn Museum. His work is in the collections of Willem Speerstra, Yaki Kornblitt and Vincent Vlasblom, and fellow artist KAWS who bought nearly all of the artists' early drawings. 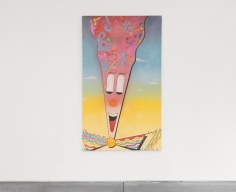 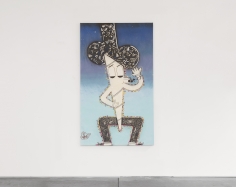