Kinki Texas is recognized for his large-scale, densely layered paintings and small drawings that combine the themes of history, philosophy, and psychology. The artist addresses the histories of violence, wars, voyages, and parables through the lens of a punk-rock aesthetic. Kinki Texas is known for his anarchic style, employing techniques borrowed from the comic genre, graffiti, and underground culture. The paintings often reference specific historical events, with a particular focus on the American west. For instance, the painting Oglalas et Hunkpapas (2019) depicts several subtribes of the Lakota people, the Hunkpapa and the Oglala Lakota, who were fighting the United States during the 1870s (most of whom have lived in the Standing Rock Indian Reservation in North and South Dakota since the 1880s.) The painting explores the history of our colonial identity and the legacies of indigenous people. In Buffalo Kill, we see a reference to the American soldier and bison hunter Buffalo Bill (William Frederick.) Evoking Joseph Cambell’s Hero's Journey, the riding figures bring to mind solitary heroes like the Lone Ranger or Don Quixote. The man on his horse is a further reference to all American men who served their country on the battlefield. He is the archetype of the American hero.

The hero figure is a recurring element in the artist’s work, rendered as bizarre and theatrical characters. These “heroes” are primitive and disorderly; their personas are often singing cowboys or warrior crusaders adorned in suits of armour with swords and chains drawn. The hero is a symbol of antithetical forces. He/she is usually thought of as a good figure, representing stability for the society – a future ahead. He/she saves lives or societies from something dark or sinister. Bearing in mind that Kinki Texas has a background as a punk rocker, the hero is also a rebellious type who wants to make himself known and heard. The hero is also a lonely rider, the soul who seeks to overcome a quest on his own. Depending on the piece and the specific scenery, one can see different kinds of heroes.

The visuals are accompanied by written words, some of which have been sprayed on, others scratched or written with pen into the top layers of paint. The words are often erratic thoughts about contemporary life that are inserted into the historical landscape. The artist paints, sprays, writes, wipes and scrapes away until he reaches the right balance of chaos. These multiple layers of fairytale, dreamlike structures make up the apex of the artist’s artistic expression.

Kinki Texas was born Holger Meier in Bremen, Germany, in 1969. His alias originated from an exhibition that he titled “Kinki Texas Graffitis.” He has been exhibiting his work since the late 1980s and has worked with digital techniques since the ‘90s, specializing in three-dimensional animation, video installations, and music videos. He received his Master’s Degree in cultural studies and philosophy from the University of Bremen in 2005, where he later received a Ph.D. in philosophy. Kinki Texas currently lives and works in Bremen, Germany. 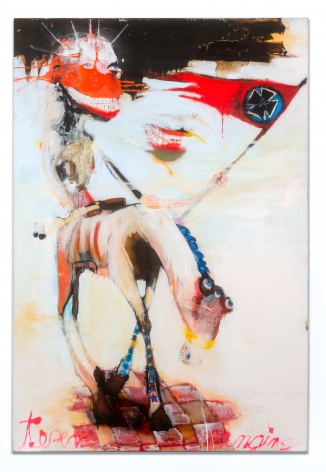 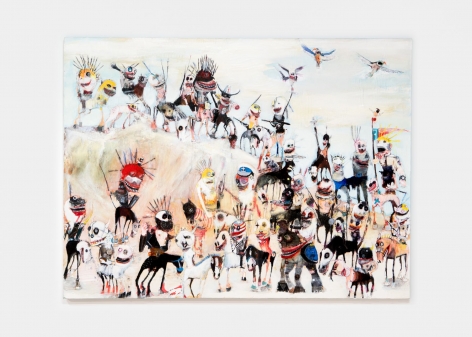 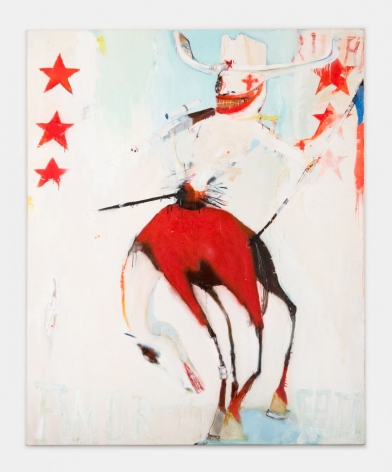 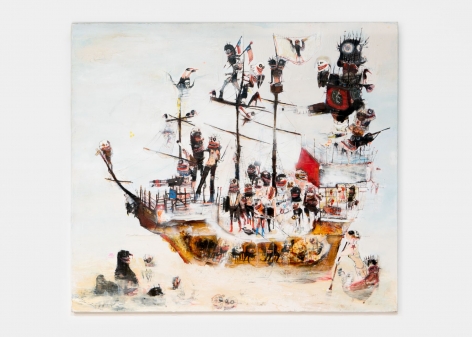 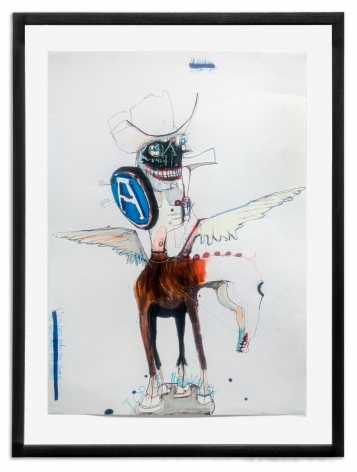 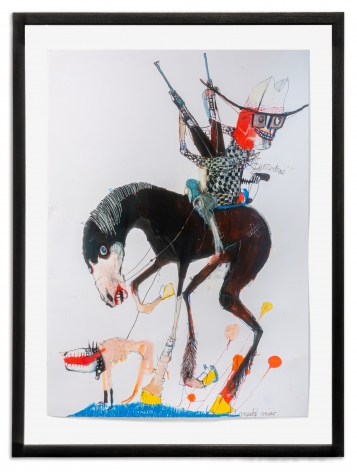 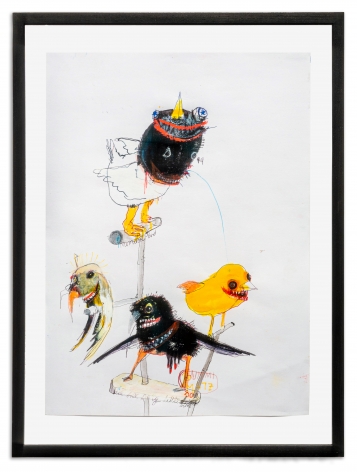 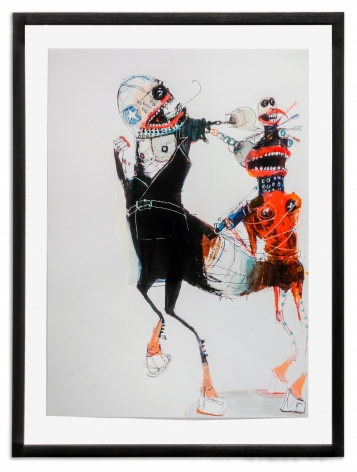 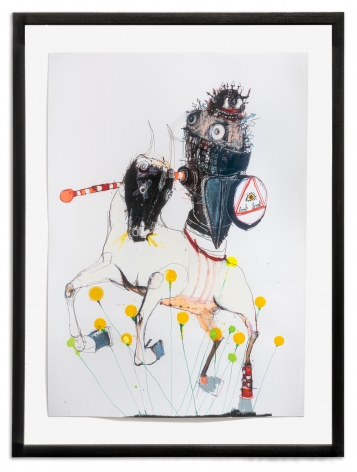 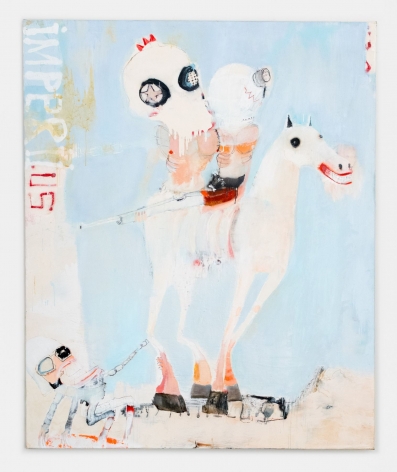 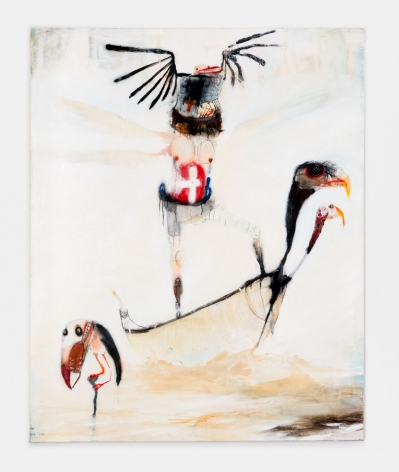 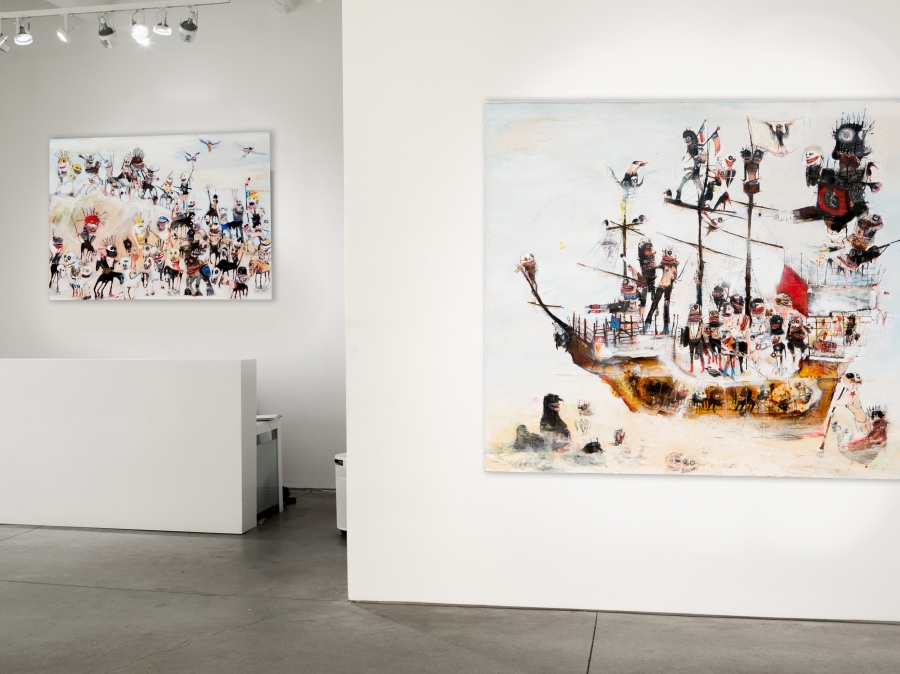