Mark Kostabi is an American artist and composer, born to Estonian immigrants and raised in Whittier, California. Kostabi studied art at California State University, Fullerton before moving to New York in 1982. He quickly became a prominent figure in the legendary East Village art scene of the 1980s and established a controversial media presence through his self-interviews about the commodification of contemporary art. Kostabi is known for his paintings of faceless figures that engage with themes of isolation, technology, conformity, and love. Besides paintings, Kostabi has designed album covers for artists such as Guns N’ Roses and The Ramones, and products such as the Bloomingdale's shopping bag, a Swatch watch, and Alessi vases. In 1988 he established Kostabi World - a massive New York studio filled with painting assistants and “idea people”.

Kostabi’s works are in the permanent collections of the Museum of Modern Art, the Metropolitan Museum of Art, the Guggenheim Museum, the National Gallery in Washington D.C., and many others. Currently, Kostabi splits his time between New York and Rome, where his works' presence in the Italian art scene continues to thrive. 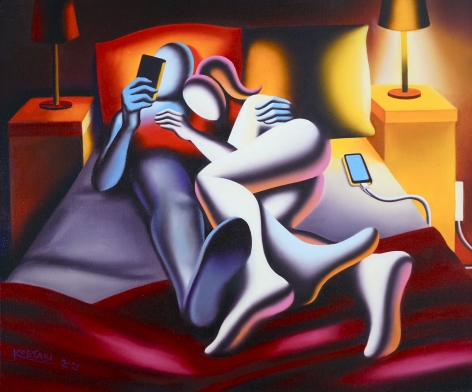 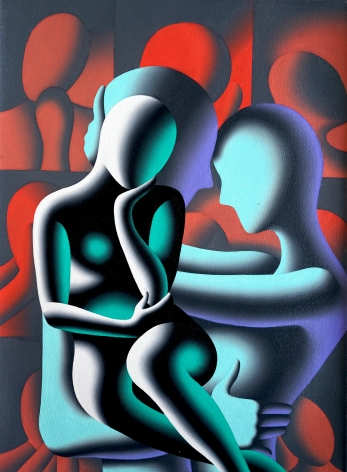 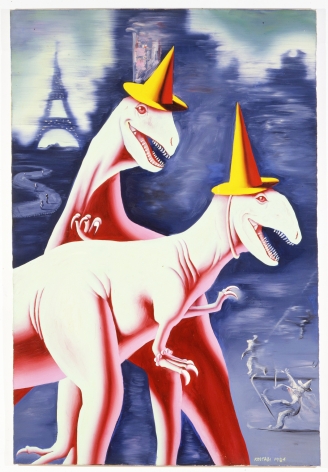