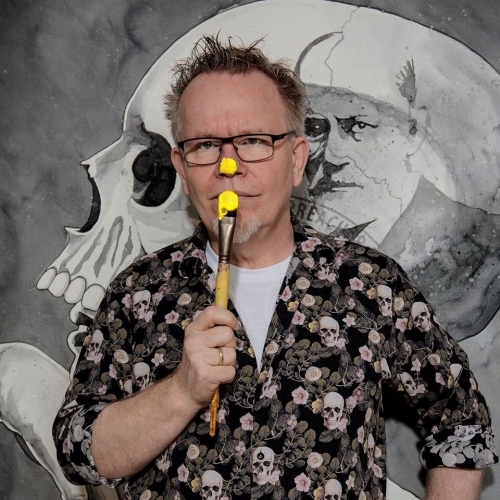 Ole Aakjær has been drawing and painting since he was able to hold a pencil. Originally, Aakjær’s dream was to work with the cartoon medium. He was especially fascinated by the experimental part of the cartoon scene that unfolded in the 1980s. His greatest role models were Jean Giraud (Moebius), Milo Manara, Enki Bilal, etc.

Art has always been his inspiration; his way of inhaling life and understanding himself. He does his paintings in a modern atelier with room for the large formats, lots of light and a view of the beautiful Vejle Inlet. He has won a wide range of competitions and distinctions and gained recognition as an innovator, designer and especially as an artist, and he can look back at a number (30 in a row) of sold out exhibitions at some of the leading art galleries in Denmark and abroad. His works are always performed in watercolor and ink on paper – often in very large formats - women painted with great psychological empathy, unique colors and highly storytelling tattoos. Previously, he has experimented with acrylic and oil but it is on the turbulent ocean of the watercolor that he really excels. 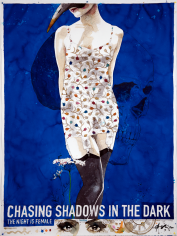 Ole Aakjær
Chasing Shadows In The Dark - The Night Is Female, 2019
Ink and watercolor on handmade watercolour paper
68.11h x 50w in 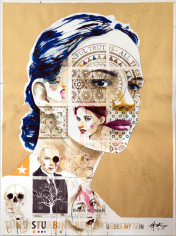 Ole Aakjær
The Disturbing Beauty Under My Skin, 2019
Ink and watercolor on handmade watercolour paper
68.11h x 50w in 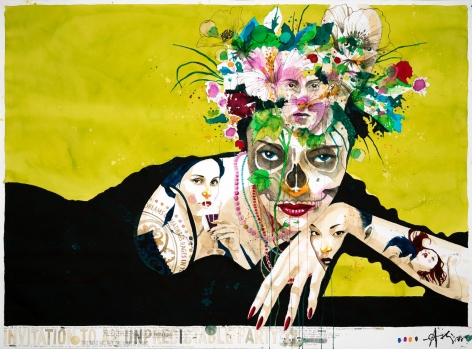 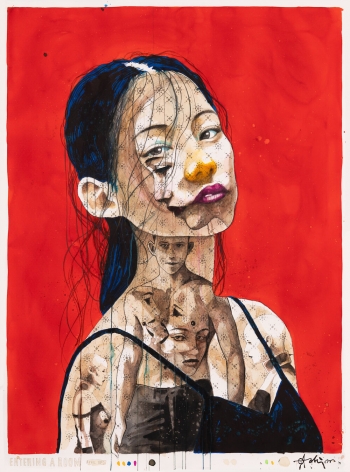 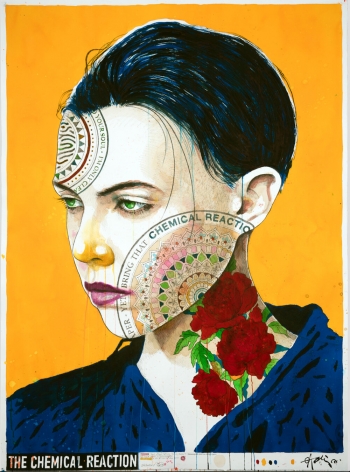 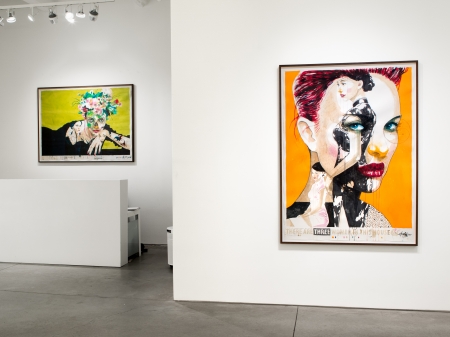 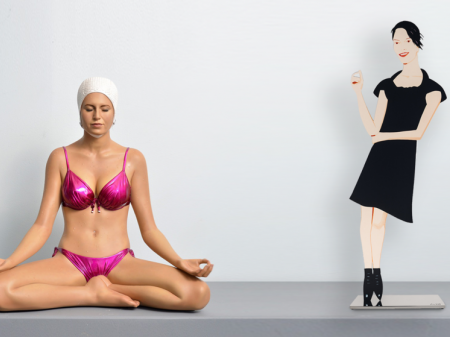 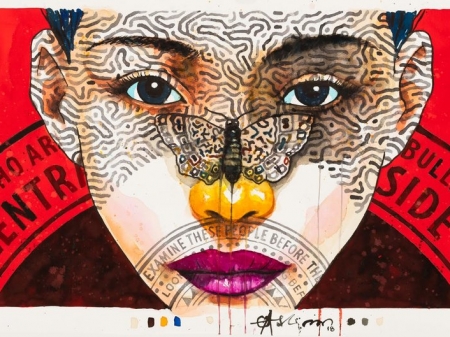 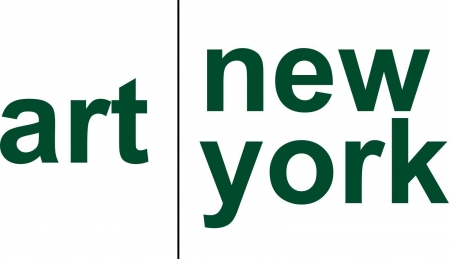 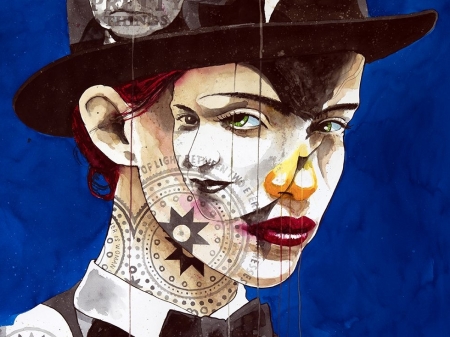 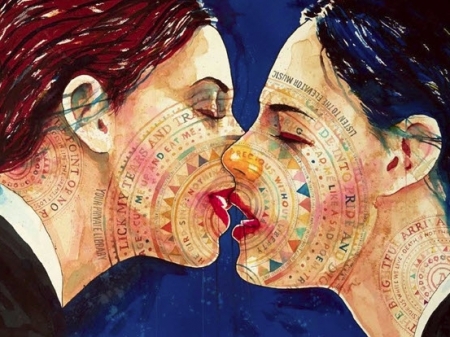