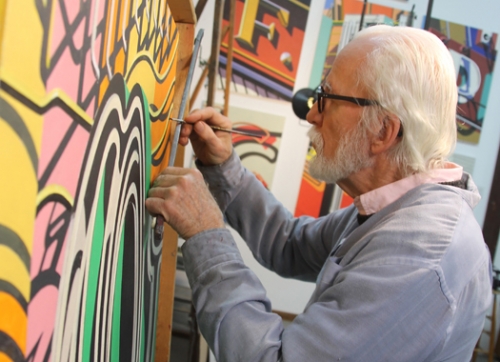 Robert Cottingham is an American painter best known for his Photorealist depictions of cropped commercial signage. Born on September 26, 1935 in Brooklyn, NY, Cottingham studied at Pratt Institute, where he received his BFA in 1963 before starting a five-year career in commercial advertising. Upon moving to Los Angeles Cottingham seriously committed himself to his own painting practice, which eventually subsumed his advertising career by 1968 as the artist rose to prominence along with the Photorealist movement. Notably—though Cottingham is considered among the 13 most prominent Photorealists of the latter half of the 20th century—he disavowed his relationship to the movement. Instead, he views his own work as part of the lineage of vernacular Americana painters, including the likes of Stuart Davis and Edward Hopper. His work can be found among the collections of The Metropolitan Museum of Art in New York and the Smithsonian American Art Museum in Washington, D.C., among others. 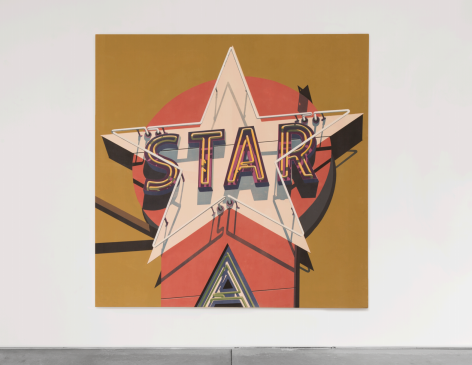 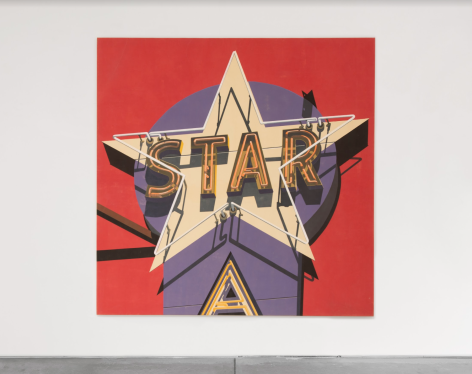 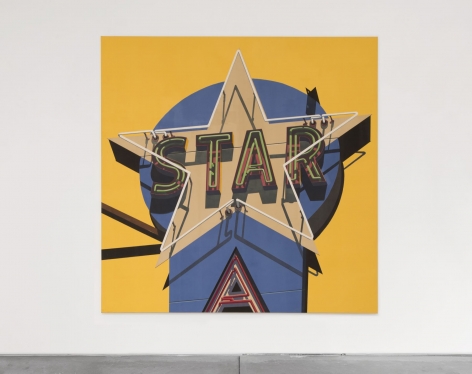 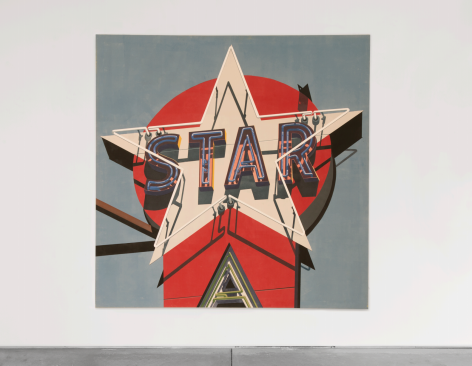