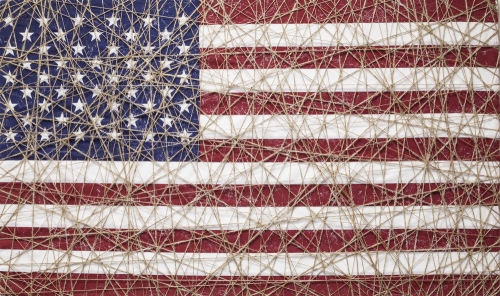 Since the dawn of modern man—roughly around the time that we decided unibrows were unfashionable and that it was easier to hit Burger King than to throw down with a nearby mountain goat—only a handful of us have harnessed unnatural creative superpowers. We common folk have been graced by their presence as artists, musicians, and indubitably talented banjo players jamming for dollars on the L train. And while only a mere few have been fortunate enough to possess any of these oft-desired gifts, Artist/Songwriter Bernie Taupin defines (almost) all of them.

Hailing from Lincolnshire, UK circa 1950 (think Peaky Blinders devoid of the unnecessary violence and ubiquitous three-piece-suits), Taupin received his creative proclivities from his mother’s encouragement in literature, poetry, and art. Sixty years later, he has become a master of visual productions, conveying powerful motifs in a coalescence of string, spray paint, wood stain, pop-art, and more.

Oh, did we forget to mention his side gig? Taupin has made a name for himself both with words and visual art. With musical partner Elton John (and a few others), he’s amassed a repertoire of over 29 albums. Taupin has been responsible for penning classics such as “Tiny Dancer,” “Rocket Man,” and infamous karaoke super-hit and Whalebone office favorite, Starship’s “We Built This City.” Don’t knock it ‘til you try it.

For the past 30 years, Taupin has drawn creative inspiration from his sun-soaked California domicile and adopted homeland. His recurring use of the American flag in his art pays tribute to the American West and the patriotic freedom he enjoys. All of these themes are prevalent in his upcoming show titled “American Texture.” Having become famous for his songwriting, Taupin considers himself a storyteller, and his visual productions are an extension of his mastery of words, often using found objects and repurposed material and artifacts to create a narrative. His titles, therefore, define his final works as much as aesthetic elements, cueing to deeper meaning using string, spray paint, wood stain, and elements of pop art. He also expresses emotions through color and form, rendering imagery inspired by Mark Rothko, Rauschenberg and Barnett Newman.

Perhaps second only to Hank Moody and those guys singing on that bus in Almost Famous, we’re big fans of Bernie’s music and moreover, his artistic work. We are happy to announce that his collection of art will be exhibited this November at the IV New York, which also just so happens to be our office. Pack your lunchbox. And don’t worry, while it might be a long long time ‘till touchdown brings me round again to find, the solo exhibition begins November 4th. So come check it out. 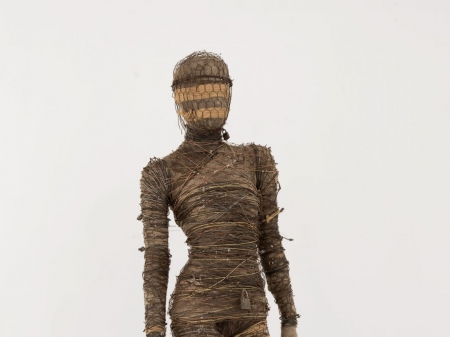 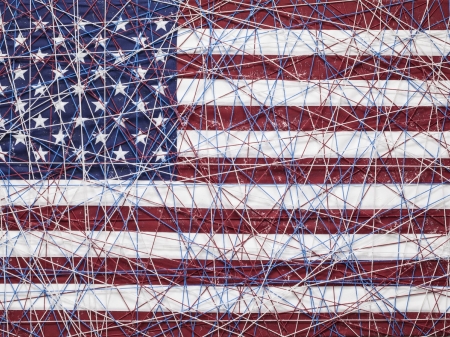