Chase Contemporary is pleased to announce its first solo exhibition with the mid-century American female painter Sheila Isham. Isham was associated with the Abstract Expressionism and Color Field movements of New York City and Washington D.C. in the 1950s to 1970s. Her work carries on the principles founded by the Transcendental Painting Group (1938-41) of creating a pure abstract painting style imbued with spiritual intent. This exhibition explores Isham’s lifelong commitment to spiritual image making, showcasing examples from different bodies of works spanning the 1970s through the 2010s.

Sheila Isham’s contribution to American art in the second half of the twentieth century and early twenty-first century is best understood with an accounting of her first-hand exposure to Hinduism, Buddhism, and Vaudau aesthetic traditions. Like many modern artists, Isham lived and worked in the countries that inspired her, for example in Hong Kong, where her husband, Heyward Isham, a career Foreign Service officer (later Ambassador to Haiti) was posted in the 1960s. There, Isham worked with the master calligrapher Feng Kang-Ho, while in later years she traveled on her own to India where she came under the influence of Hinduism, subsequently undergoing intense training in Siddha Yoga.

The paintings in the present exhibition are culled from overlapping series executed between the 1970s and the 2010s. They embrace Isham’s belief in spiritual wholeness. Her ethereal, atmospheric paintings created in the late 1960s through the 1970s- Energy Fields (1968–72) and Creation Series (1972–75) - were made with an airbrush technique, in which whorls of colors stand as a metaphor of natural creation. In her Cosmic Myth Series (1980s–1990s), dense colors form contoured human faces and animal shapes, compositions which are influenced by pantheistic myth formation.

In Isham’s Cosmic Earth—Bull Series (1989–94), she embarked on an expansive series of paintings that feature the motif of the bull embedded in swaths of symbolic colors. The series harkens back to influences she absorbed when she studied at the German Expressionist-infused Hochschule für Bildende Künste. Isham’s subject matter speaks to her study of Hindu meditation practices, belief, rituals, and philosophies. The bull motif in Isham’s work alludes to Nandi, the sacred bull of the Hindu god Shiva, one of the most important Hindu gods. Nandi means “giving delight” or “giving joy.” Nandi is Shiva’s animal form, his means of transportation, and his most ardent worshiper. Sacred animals served as vahanas, or mounts for Hindu deities to travel on. Shiva and Nandi's association in Hindu scriptures and art can be traced to very early Indian culture, where dairy farming was the most important occupation, thus explaining the importance and sacredness of the cow and bull.

Sheila Isham was born in 1927 in New York City. After receiving her B.A. at Bryn Mawr, Isham and her husband Heyward began traveling the world, which led to her interest in the traditions and spiritual practices of other cultures. In 1950, she moved to Berlin, Germany. While there, she attended the Hochschule für Bildende Kunste (Berlin Academy of Fine Arts) where she studied painting under the tutelage of Max Pechstein, Karl Schmidt-Rottluf, and Hans Uhlman, fellow Abstract Expressionists who had survived the recent Nazi era. The artist later lived in Russia, Hong Kong, Washington D.C., Paris, and Haiti. 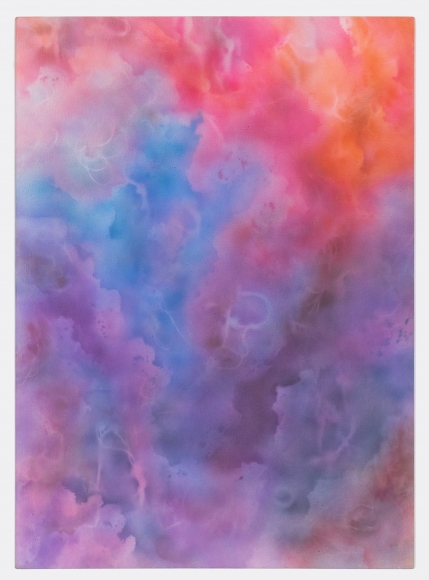 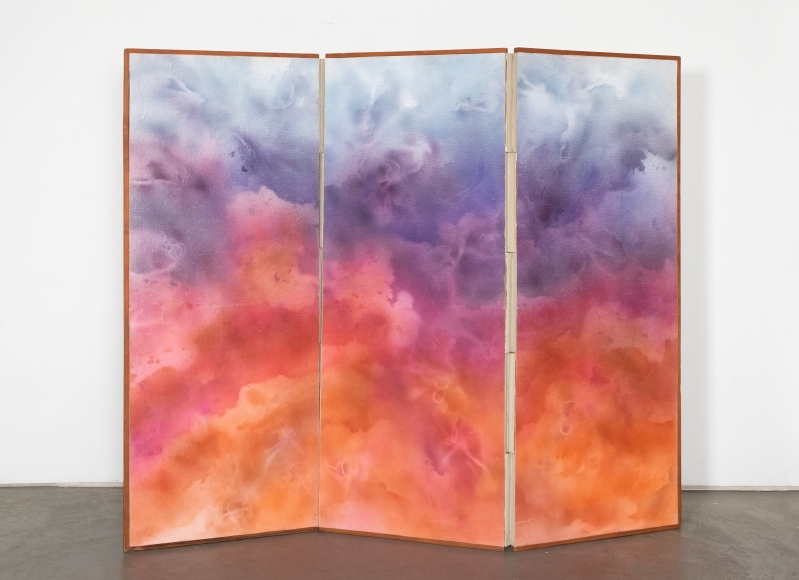 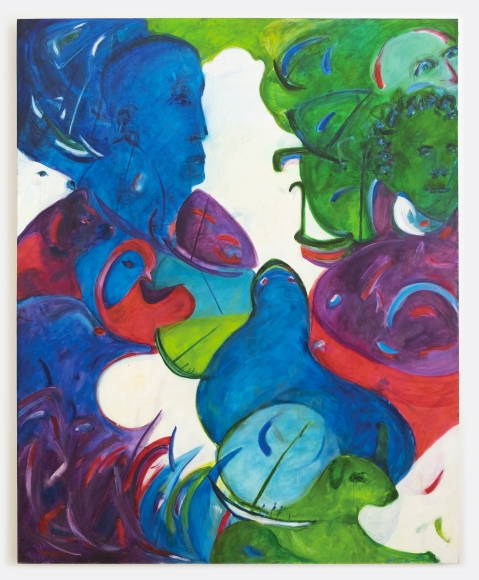 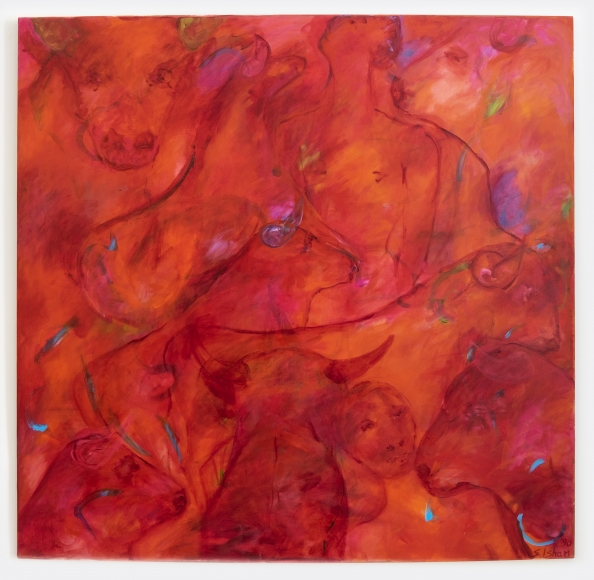 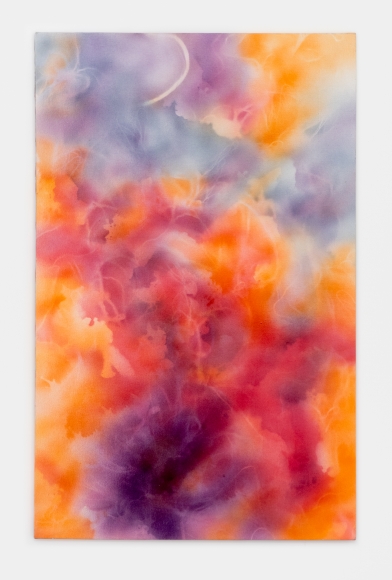 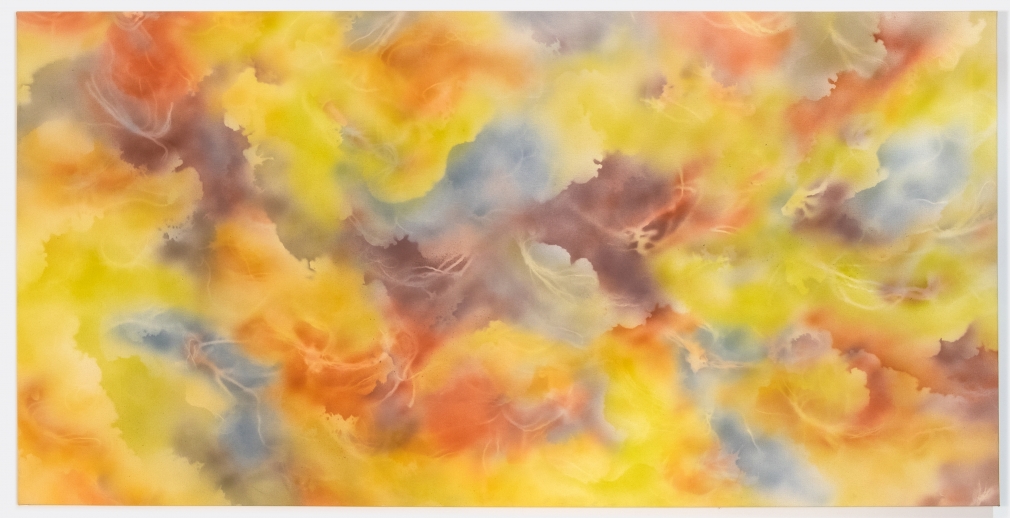 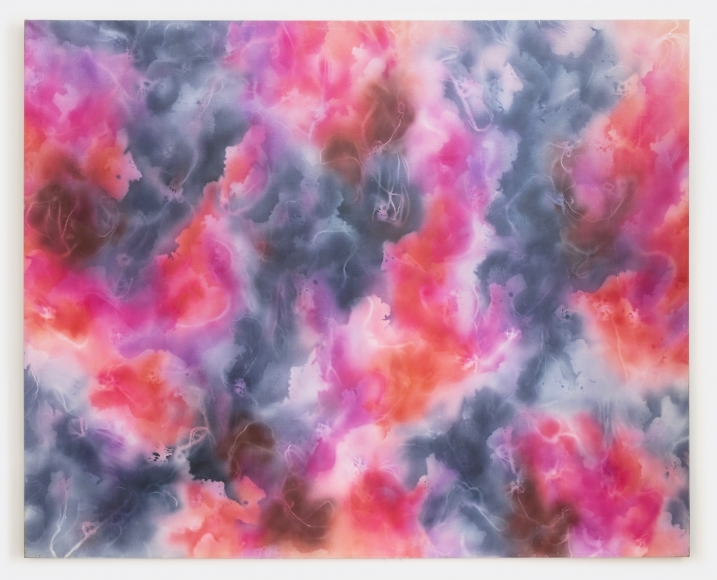 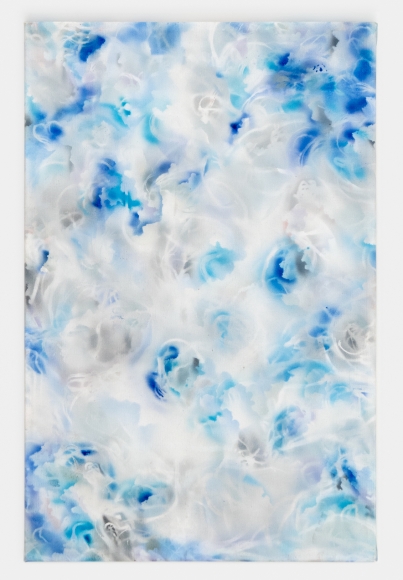