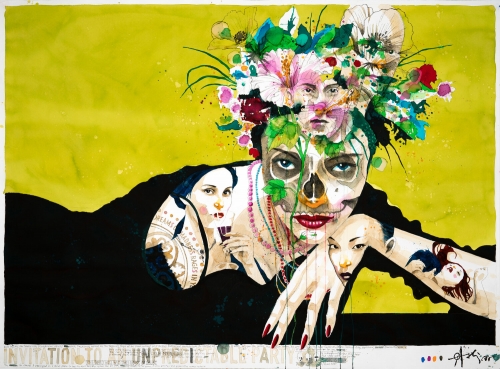 Chase Contemporary is pleased to announce its upcoming solo exhibition with leading Danish watercolor artist Ole Aakjær. Inspired by female heroines, The Pink Soul grapples with the complexity surrounding what it means to be a woman. This will be the gallery’s second solo exhibition with the artist. An opening reception will be held on Thursday, December 12, from 6-8 pm at the gallery’s 521 W. 23rd st. location.

Pink, a color typically associated with the image of a gentle, fragile woman, has been reappropriated and reclaimed by women to also symbolise strength and resilience. Instead of shying away from the color’s association with femininity, it has been embraced and used in women’s activism, most recently in the pussyhats from the 2017 Women’s March and the Gulabi Gang in North India. In describing his piece Queen on a Throne, Aakjær says, “times are changing. A new kind of feminist is taking over the world. She conquers the throne, looks around, and begins to redefine the rules.”

This exhibition features new works from 2019, in the artist’s signature style of watercolor and ink on paper. Aakjær’s mesmerizing female portraits, with their intense gaze and layers of symbolism, each depict an imaginary character with a world of their own. Central to Aakjær’s work is his ability to draw in the viewer;  his work invites interpretation. Aakjær has said, “you will find that the works are full of clues. You can follow these threads that might lead you to exciting new places and understandings.”

Aakjaer’s intricate portraits are highly symbolic. For example, the recurring motif of the skull is not something dark or scary, but rather a symbol of life and birth, “a necessary framing of life.”  Aakjaer’s contemporary portraits aim not only to explore the complexity and strength of women, but represent, through intricate patterns and symbols, the shadows and echoes of the self, the multiple sides and stories in one’s life.

“The underlying theme of this exhibition is existentialism - a statement about realizing oneself. Expressed through the female mind.” - Ole Aakjær 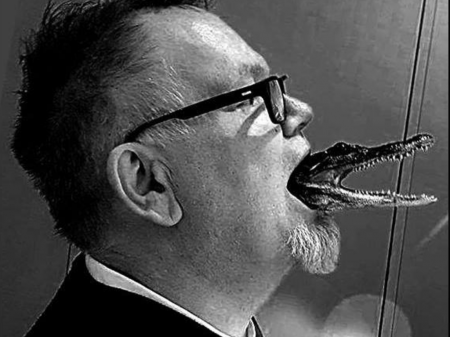